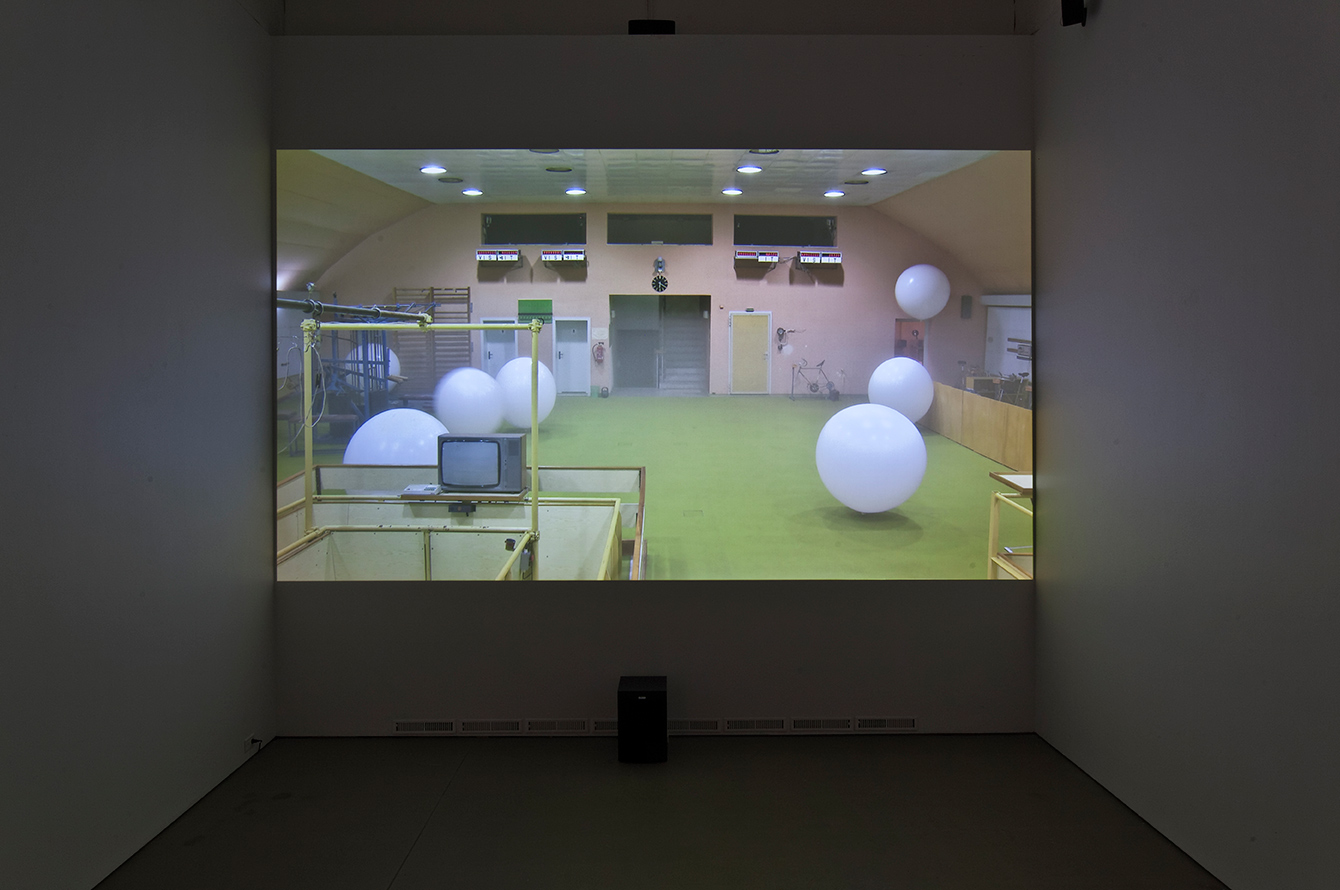 In the late 70s the GDR built an underpressure chamber to simulate high altitude as an exclusive sport training camp for top athletes. The facility was kept secret even from their allies. After the wall came down the chamber was shut down and never used again. However, the underpressure chamber is still fully functional and gives the impression as if the last athlete has left the hall just a day before.

Barometer, it is both documentation of a contemporary historical document as well as capturing the atmosphere of this unique space. By placing weather balloons in the chamber Baranowsky makes visible the change of altitude. The film is about the perception of change, a differentiated observation of change. Whilst Barometers are tools for measuring conditions and showing us modifications, in Baranowsky’s film this is not just in a literal sense but also economically, socially and politically.

The film was first time shown in 1212 at the 62nd Berlinale, International Film Festival Berlin. 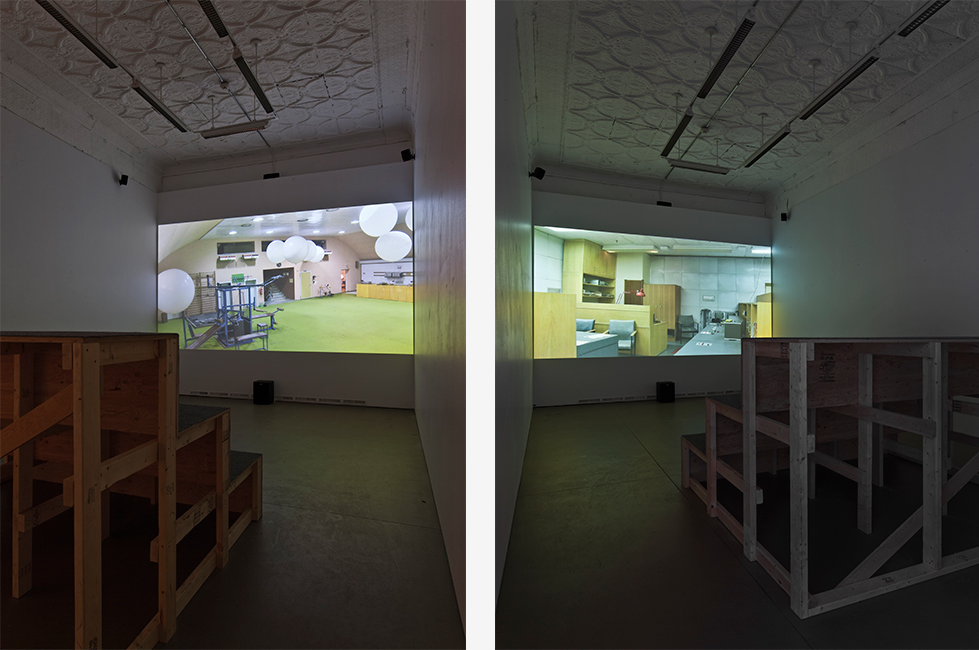