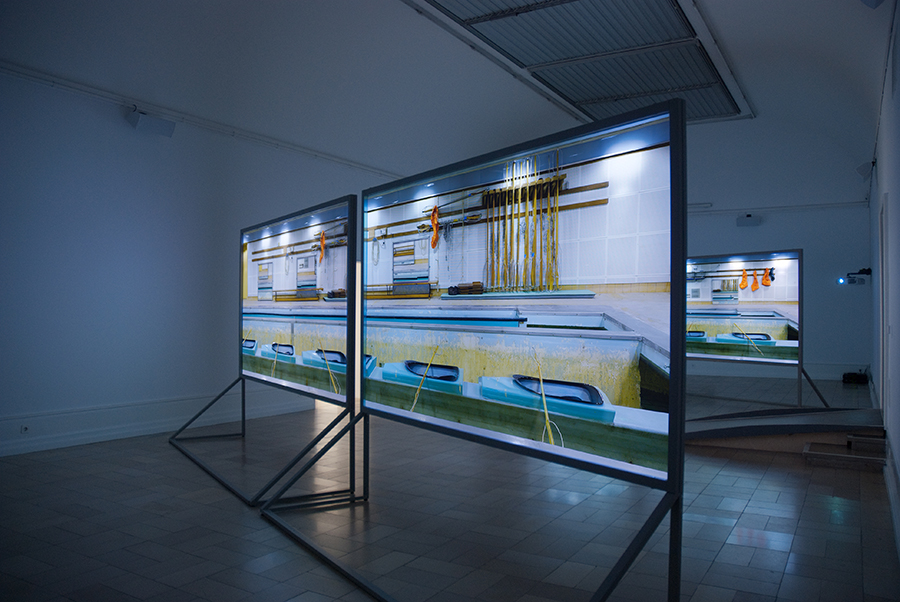 Barometer was made in the low pressure chamber of the training centre BLZ Kienbaum in Brandenburg, which was built in the former GDR. Here, the conditions of high altitude training were simulated for to athletes in the low pressure chamber. Although it was constructed in the late 1970s and closed down after the fall of the Wall it still functions perfectly. The interior with its forceful historical encoding lends a rather ghostly atmosphere to the space. Baranowsky brings the space back to life in her film alternating between documentation and animation: weather balloons filled with a mixture of helium and air float through the hall and show the change in pressure by sinking and rising; the old sports equipment is moved as if by spirit hands.

Barometer (iiii) presents the events in the training centre on four projection frames with the aid of various recordings. Three times, Baranowsky filmed how the balloons reacted under pressure. This series of experiments led to similar results in each case. These recordings are shown simultaneously; the events running parallel, synchronously and asynchronously. The viewer is surrounded by the images of the events – as they could have taken place. –Daniel Schreiber 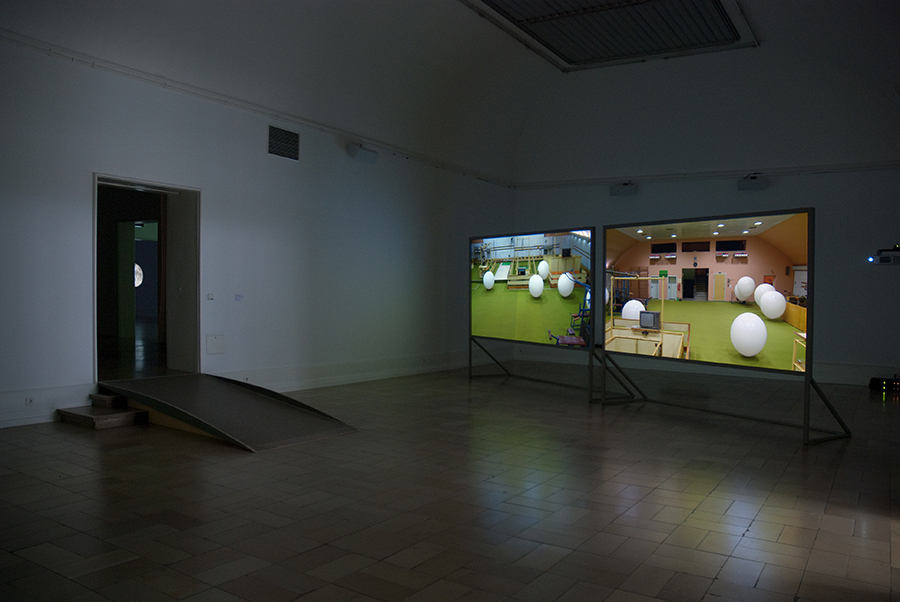 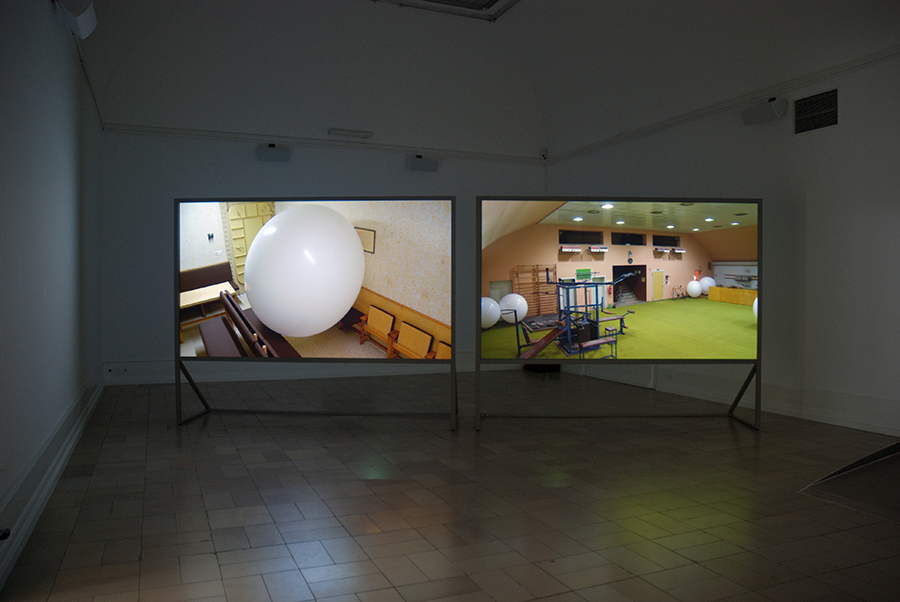 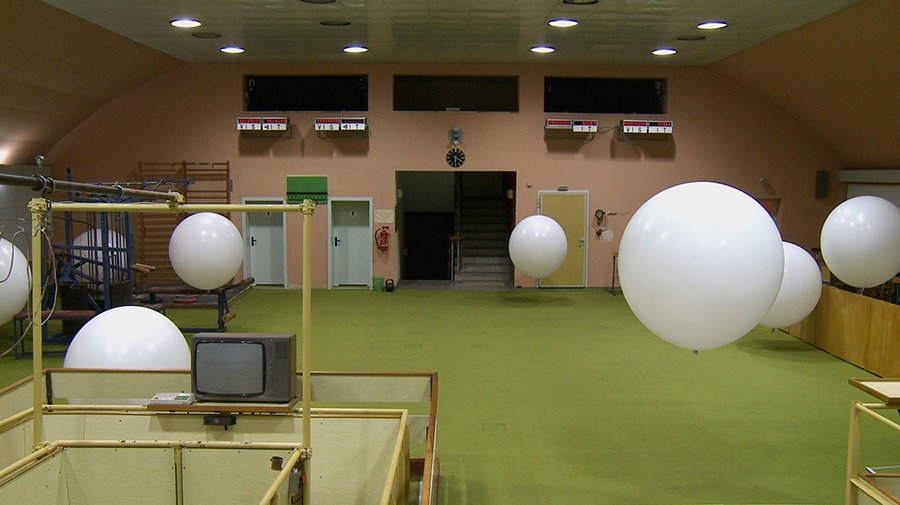 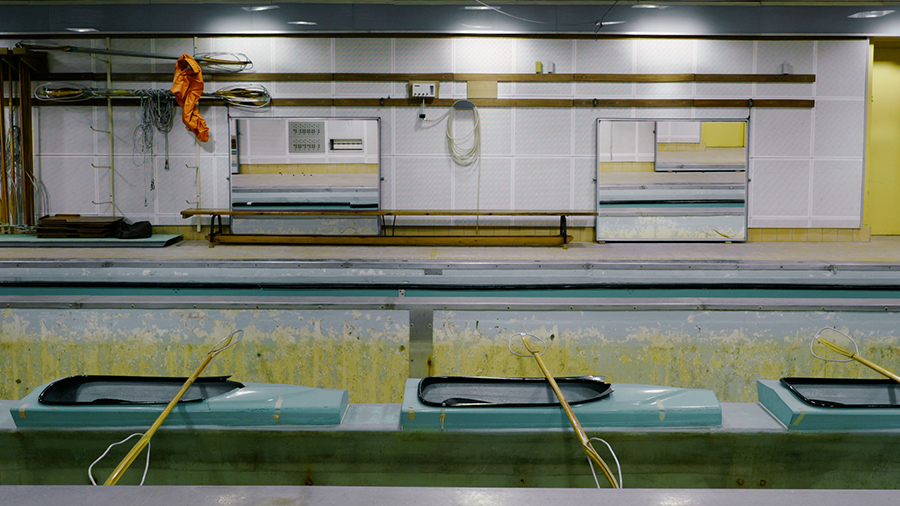