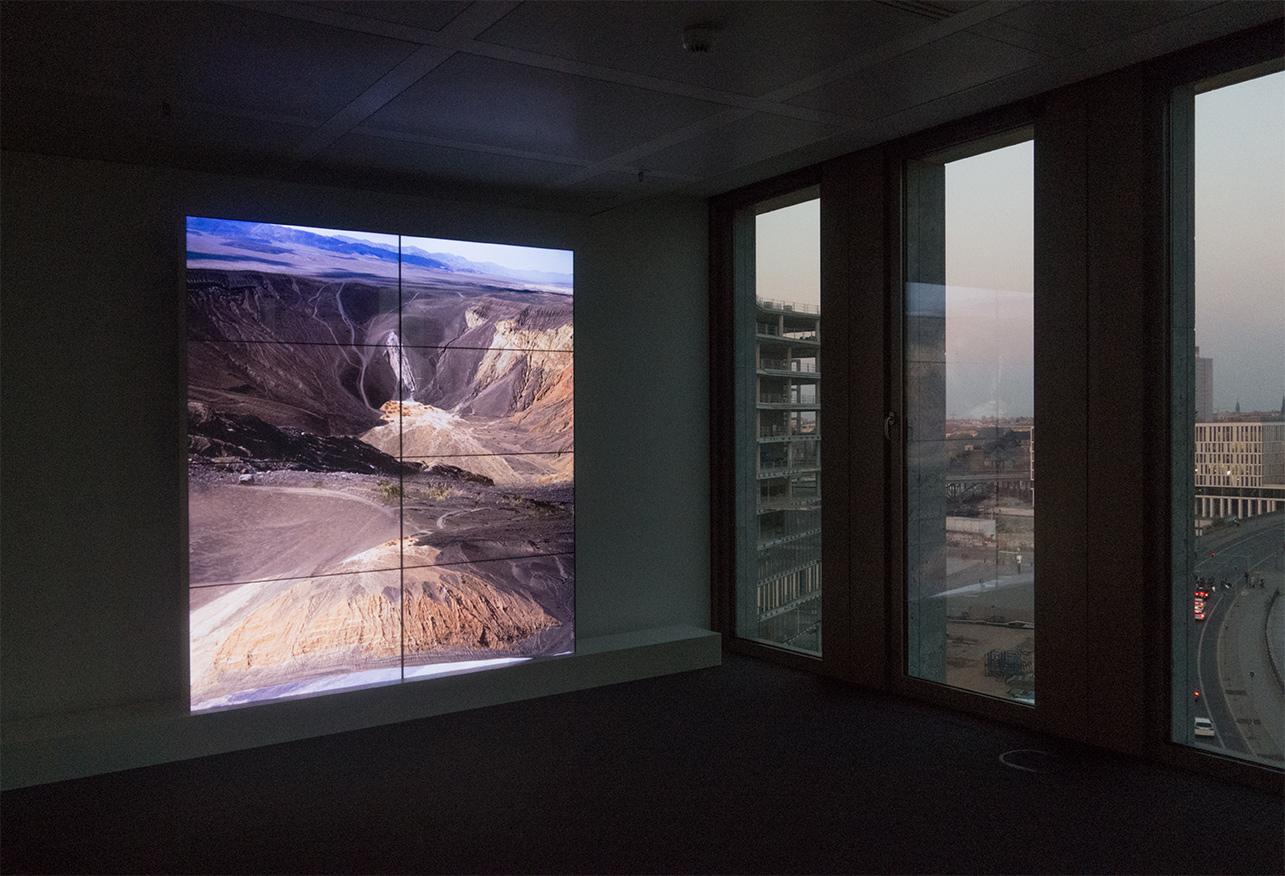 In 2017 Baranowsky traveled to Death Valley, a desert basin straddling California and Nevada to document, what is today known as the Ubehebe crater.

Wosa (Coyote’s Burden Basket) was filmed with two cameras opposite to each other over a period of 12 hours from sunrise to sunset. The two crews walked around the circumference of the Ubehebe crater following the speed of the sun taking a still image every 20 seconds to produce two half circles made up of thousands single frames.

To a geologist the 500ft deep flat-floored sandstone crater is the consequence of a hydro volcanic explosion that violently formed the concave body of broken rock through the expansion of magmatic gas or steam that breached the earth’s surface over 7000 years ago. For the Native Timbisha Shoshone Indians who have inhabited Death Valley for over 1000 years, the crater is known as Wosa, meaning, Coyote’s Burden Basket and is a sacred space created by a weary Coyote.

‘…The people were small then, so Coyote kept them in a large basket he carried on his back. After a long journey, Coyote grew tired. When he came to a place at the north end of the valley, he set his burden down on the earth. The moment he fell asleep, the people climbed up out of the basket […]The place where they emerged is called Ubehebe Crater today, and it’s hollow like the shape of a wosa, or [conic] basket. After Coyote woke up, he walked up and down the valley naming the places where the people could live. That’s how the Timbisha knew where to find everything they needed.’ (Historic Preservation Committee of the Timbisha Shoshone Tribe, The Timbisha Tribe and Their Living Valley)

In contrast to settlers’ narratives, Indian movement through the landscape as described in tales and orally conveyed stories reveals a mythical-spiritual dimension to the ethos of sustainability. In the National Park’s description of the crater this information is never mentioned and is occluded from the micro-narratives of the region.

In Baranowsky’s wosa (Coyote’s Burden Basket) the lens and the ritual of circling the rim of the crater summon the Coyote, to reunite truth and myth, spirit and rock. Rituals require endurance for spirals of meaning to form and inscription to bind. In these moving images, an axis is created around which the sun turns, and a crater becomes an eye, and a hole a whole, a lens a caress and an echo eternal. In wosa (Coyote’s Burden Basket) animal spirits are called forth to make the dry arid landscape liquid once again in homage to a place where the mythological is a mirror of the real and the sacred and the social are complete. –Judy Rabinowitz Price, Andy Conio 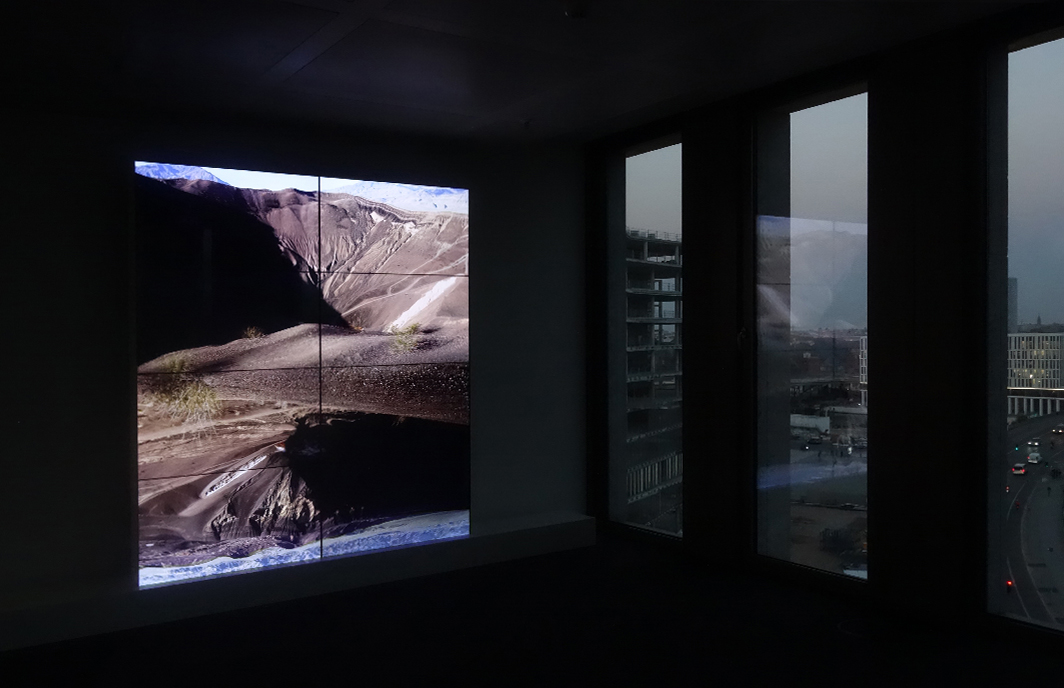 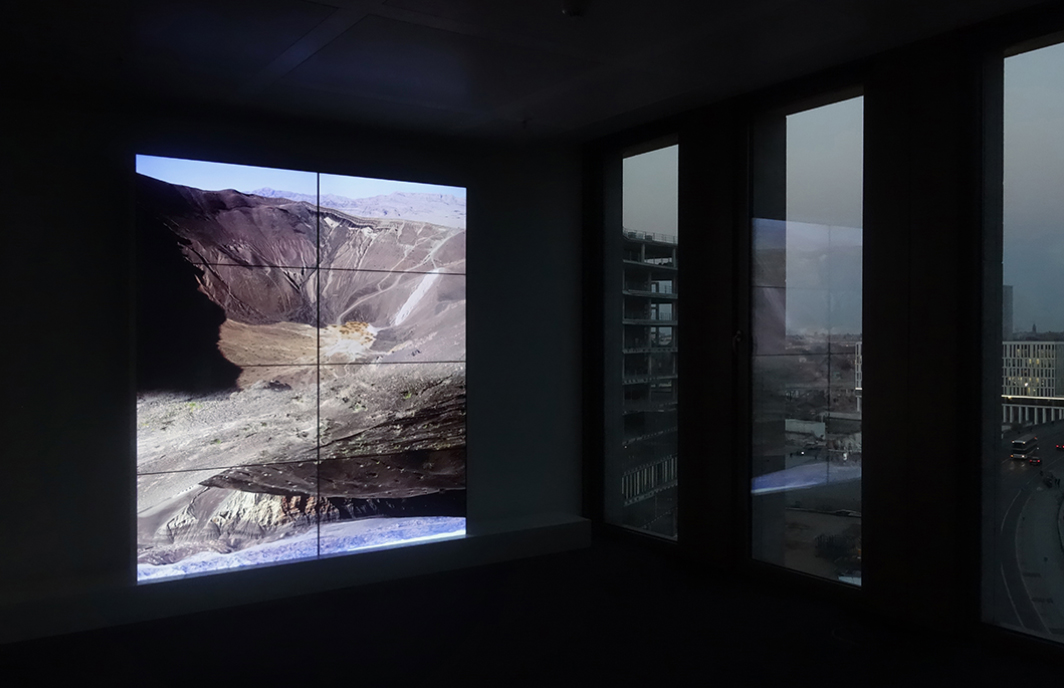