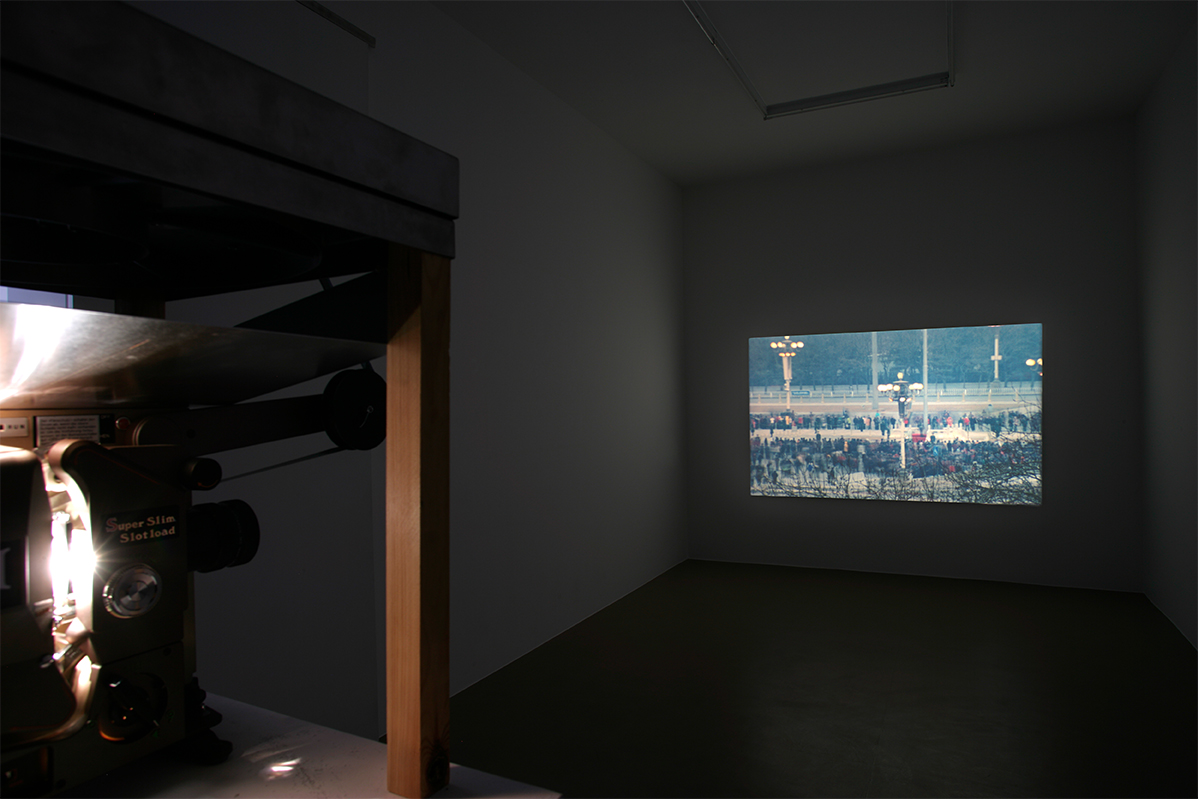 The film T Square consists of a long zoom into Tiananmen Square, the Square of Heavenly Peace in the centre of Beijing, which is bordered by the Forbidden City, Mao’s mausoleum, the Hall of the People, and the Chinese National Museum. On June 4, 1989, after weeks of peaceful demonstrations on the square the protest was forcibly suppressed. Estimates of the death toll range from several hundred to thousands.

Every evening at sunset, the streets leading around the square are blocked off; a regiment of soldiers marches in and lowers the state flag in a solemn ceremony. The zoom of the camera, which is mounted in the same position as the cameras of the international press during the events of 1989, thus reproduces the western perspective on China. Baranowsky uses this as a means to reflect upon the misunderstandings that inevitably arise when we view something not only from a physical distance but also at a safe emotional distance. –Daniel Schreiber 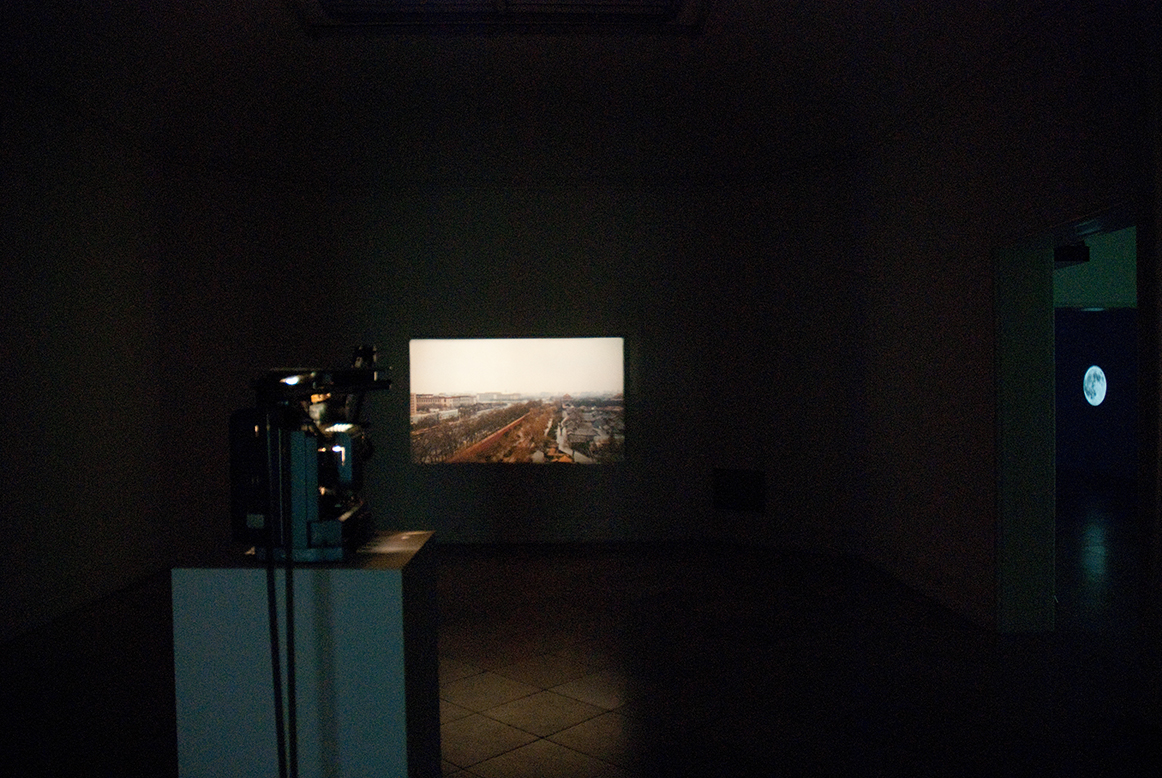