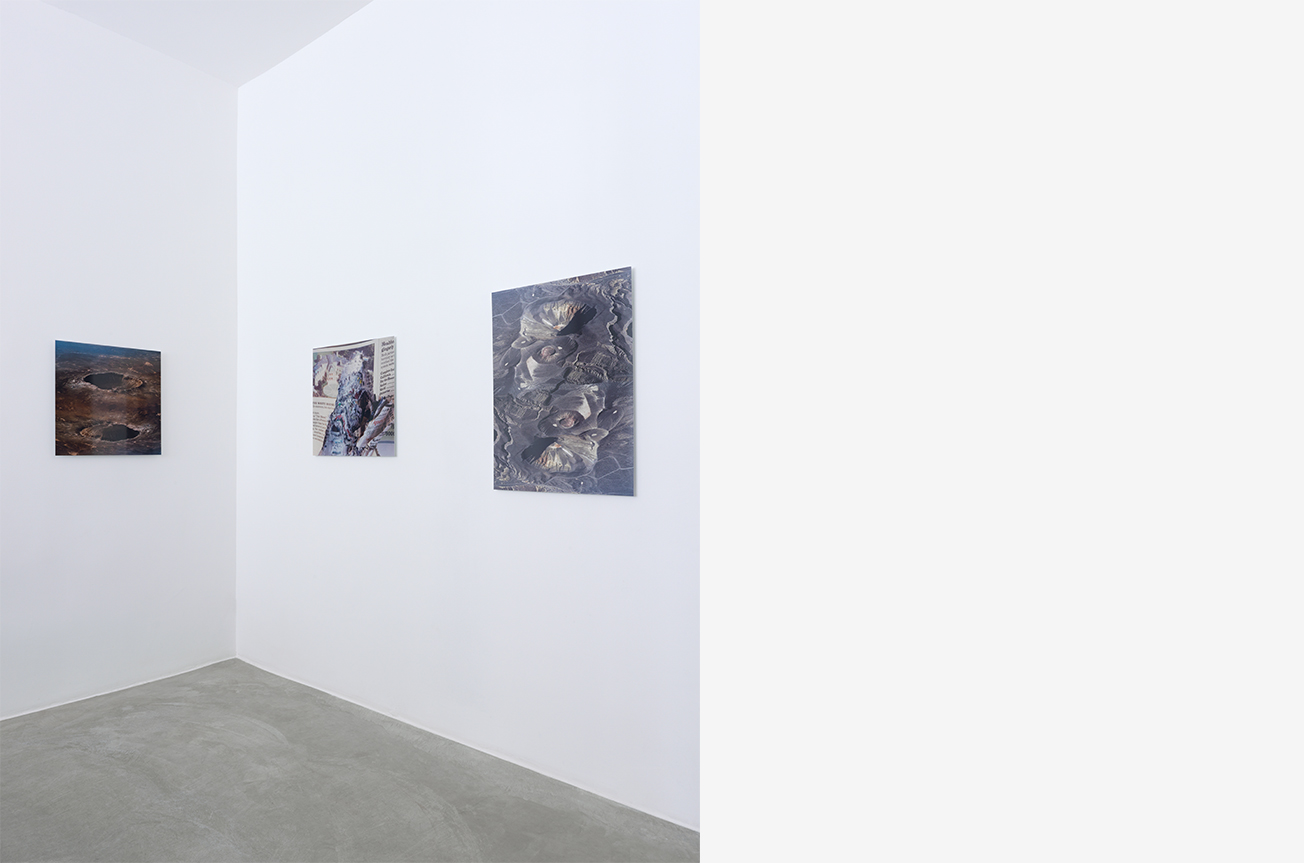 The photo works Crater, Ubehebe I and Ubehebe II were made on the basis of found photographs showing the geological remains of silent volcanoes and craters in Arizona and California. Using the process of point reflection, Baranowsky has transformed them into unreal landscapes. Their effect is based on a neurological phenomenon: our brain is used to light coming from above. That is why we first see a concave and then a convex form in the craters, although there are never actually any mountains but the same crater in each case – but reflected. The landscape that evolves in this process oscillates between fantasy and reality. As in a large majority of her works, here the artist also exploits the viewer’s natural tendency to attribute significance to the image, and never to the medium that is susceptible to manipulation, in order to prompt contradictory perceptions. Heike Baranowsky regards image, space and time as phenomena whose truth content is relative, always offering the viewer an added experience as a result of this relativity.

The photo work White House is only revealed properly at a second glance. It is not clear to the viewer whether this is a real photograph or a manipulated image. On the photograph we see the title of the Los Angeles Times – at the height of the American real estate crisis – reporting about a white villa that cannot be sold. Irregular, seemingly geological, three-dimensional layers are carved into the newspaper. However, this crater is real: Baranowsky found the newspaper in this state in front of her house one morning. It had probably been eaten into by mice. –Daniel Schreiber 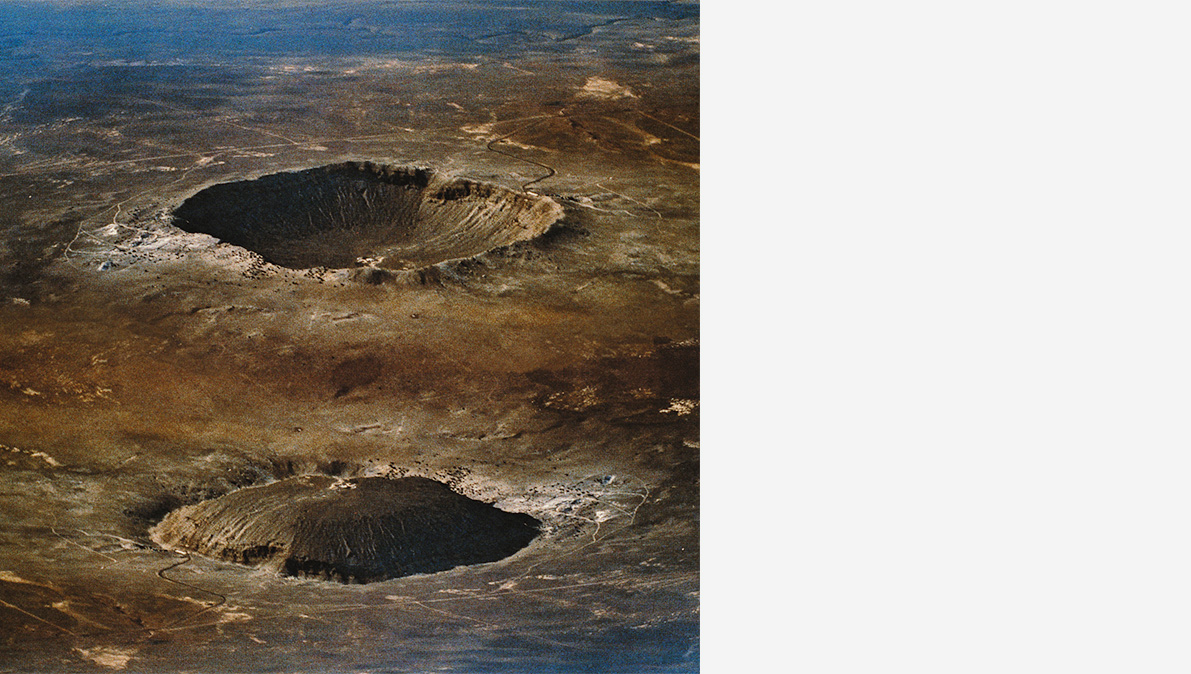 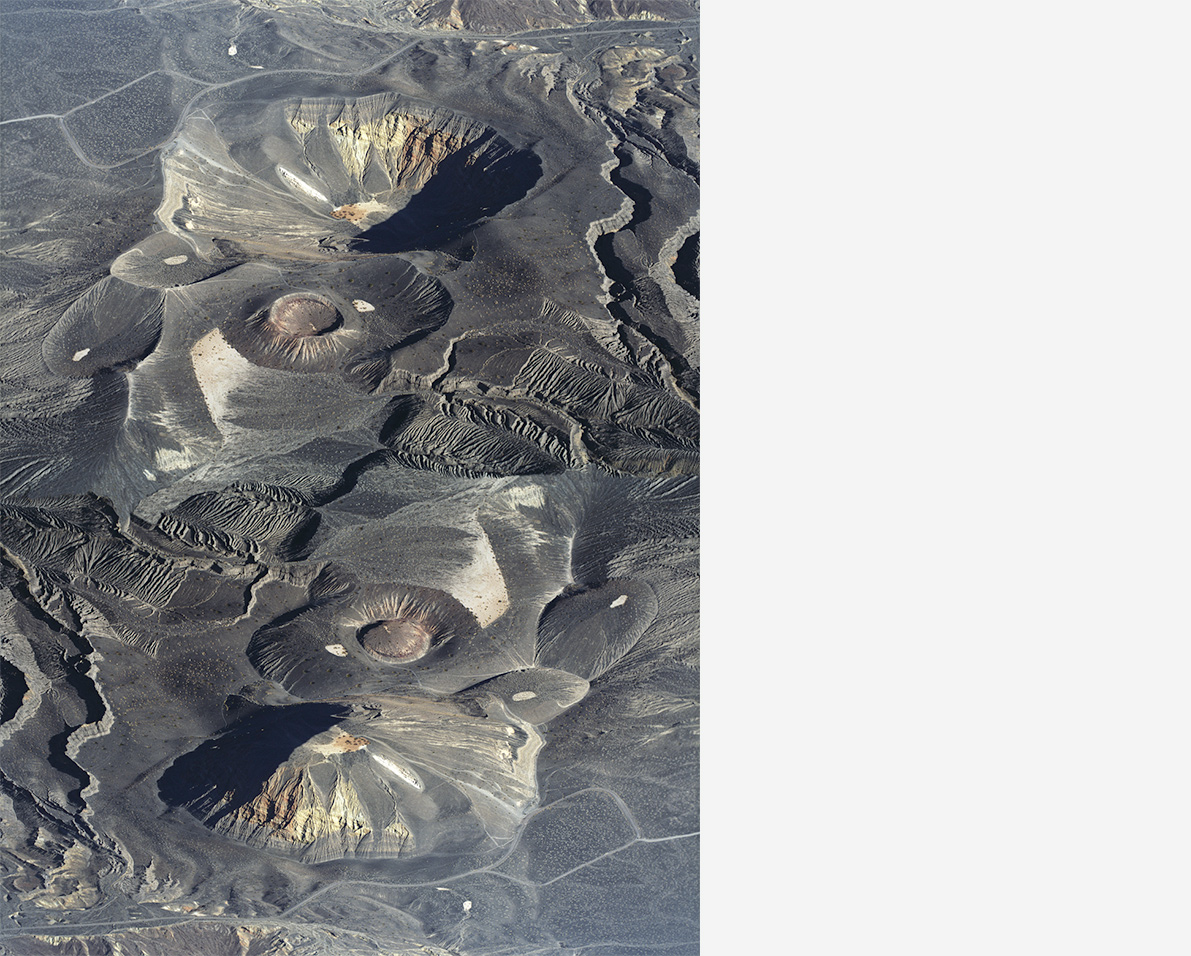 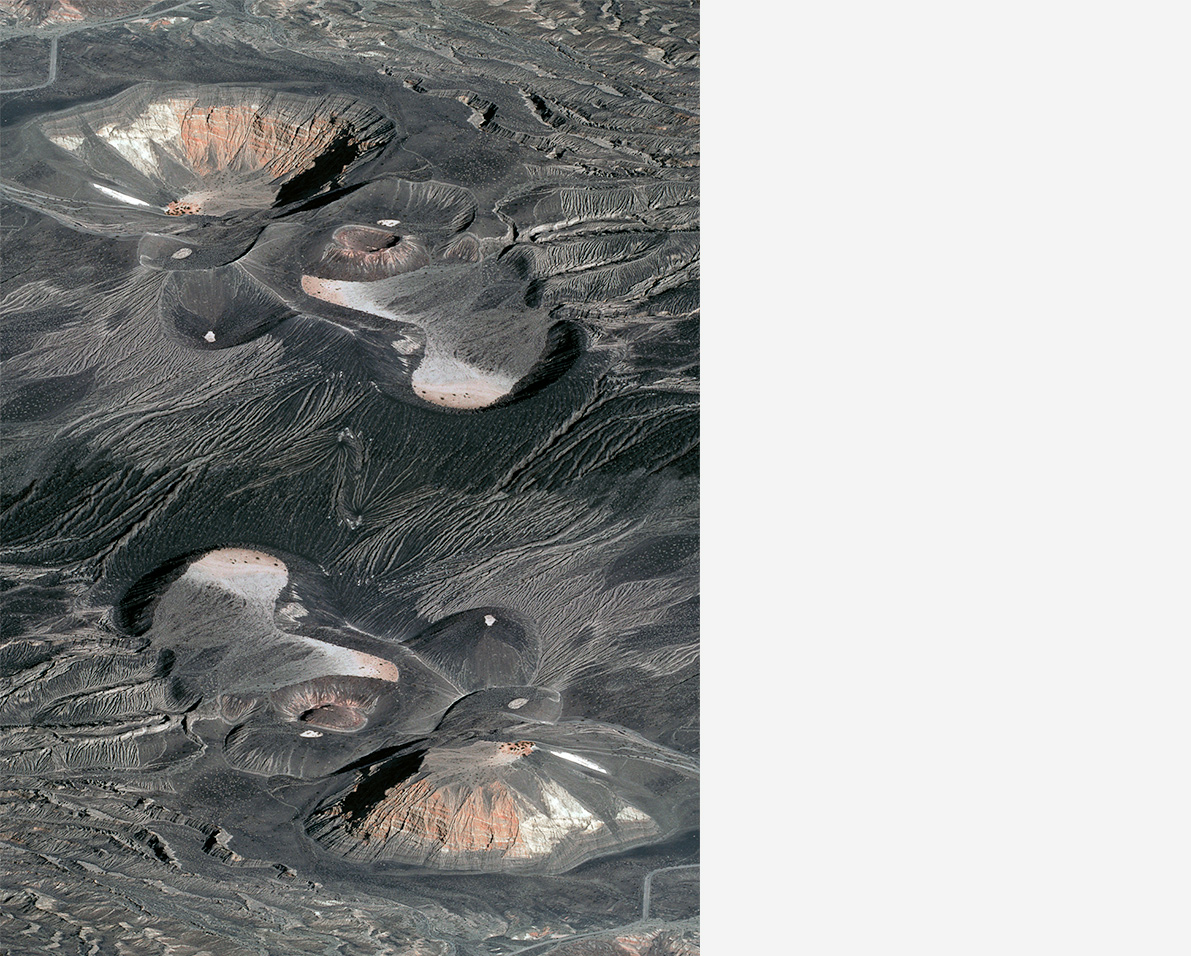 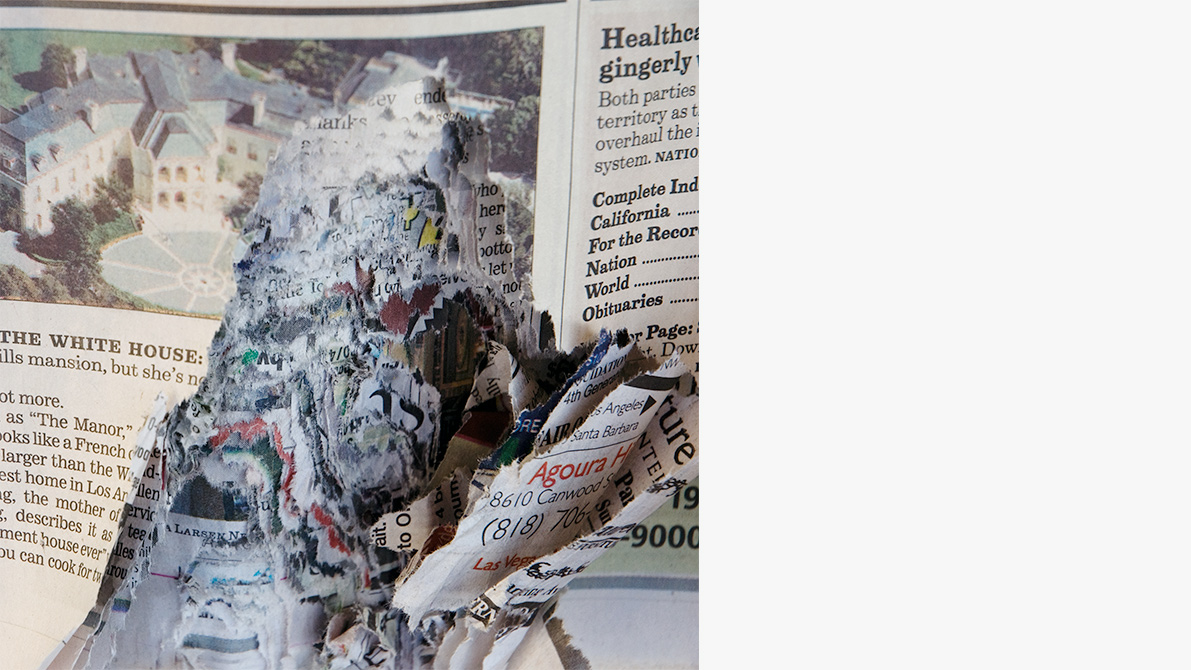