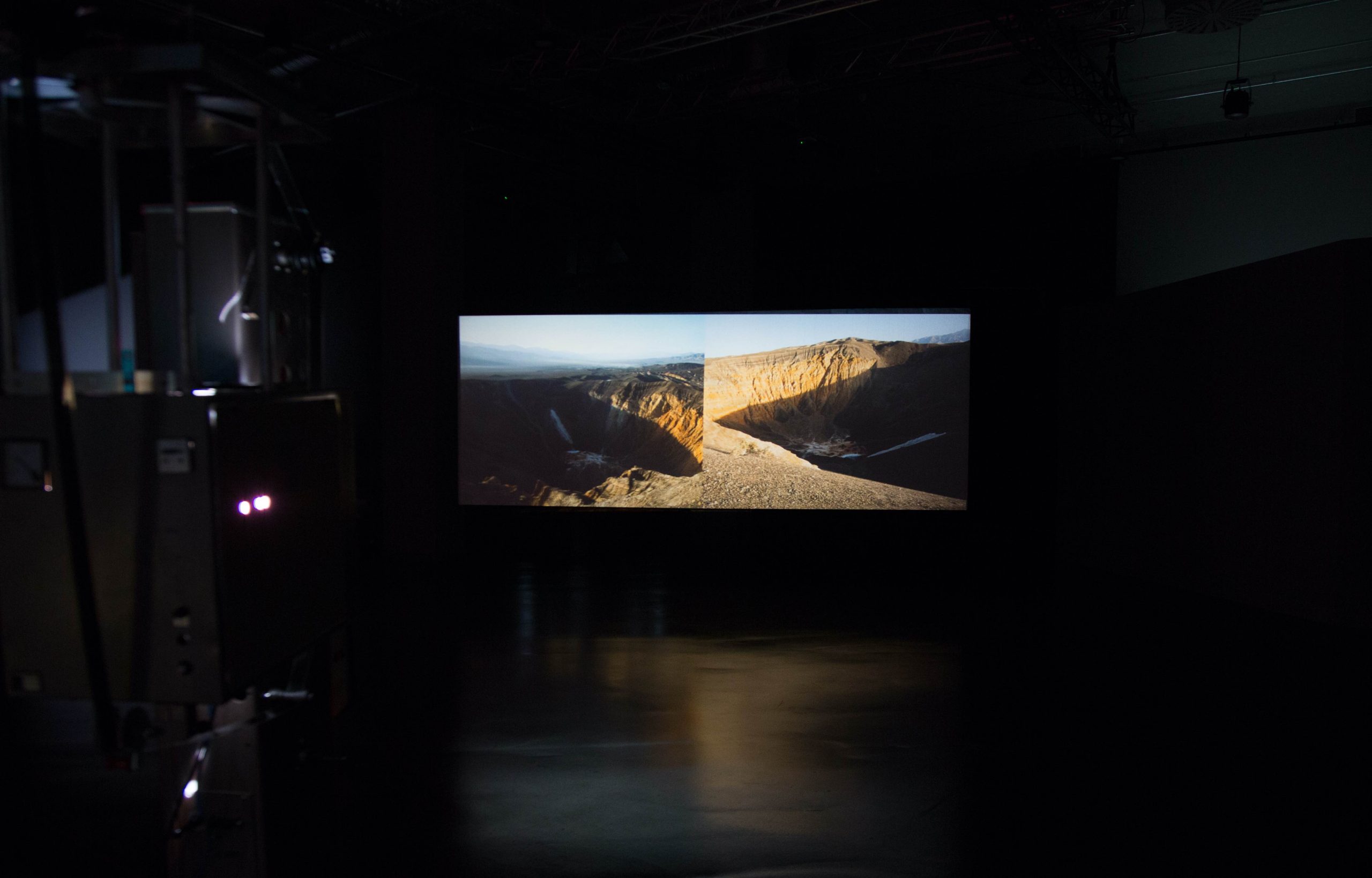 Two cameras circle the Ubehebe crater in Death Valley on opposite sides . The cameras move at the speed of the sun, taking a still image every 20 seconds from sunrise to sunset to produce two half circles made up of 2931 single frames.

To a geologist the 150 meter deep crater is the consequence of a hydrovolcanic explosion over 7000 years ago. For the Timbisha Shoshone, who have inhabited Death Valley for over 1000 years, the crater is a sacred place and known as Wosa, meaning “Coyote’s Burden Basket”.

“The people were small then, so Coyote kept them in a large basket he carried on his back. After a long journey, Coyote grew tired. When he came to a place at the north end of the valley, he set his burden down on the earth. The moment he fell asleep, the people climbed up out of the basket.” (Historic Preservation Committee of the Timbisha Shoshone Tribe)

Indian movement through the landscape as described in tales reveals a mythical-spiritual dimension to the ethos of sustainability. In settlers’ narratives or the National Park’s description of the crater this information is never mentioned and it is occluded from the micro-narratives of the region.

With the support of Senate Department for Culture and Europe, Berlin

(1) Installation view at Forum Expanded of the Berlinale, 2019. Exhibited as part of ANTIKINO (The Siren’s Echo Chamber)